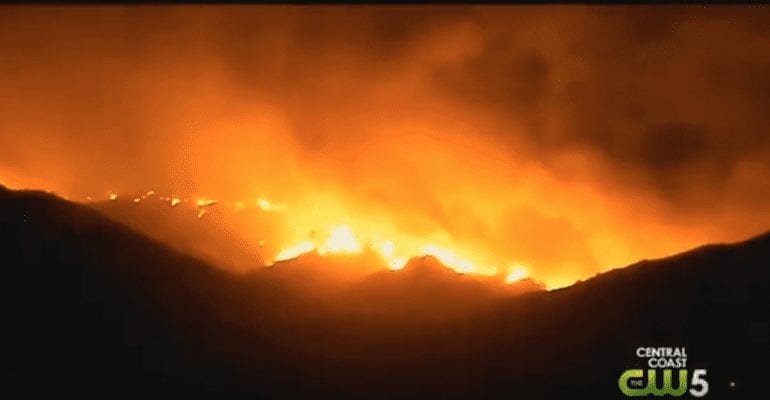 The lawsuit claims SCE employees and contractors working in a canyon near Steckel Park in Santa Paula sparked the blaze.

It also names the City of Ventura and the Casitas Municipal Water District as defendants. The suit claims a power outage during the fire resulted in a loss of water pressure to fire hydrants in certain neighborhoods in Ventura and Ojai and that the agencies did not have properly working backup generators.

The lawsuit does not seek a specific amount of money but does request damages for property repairs and replacement, loss of wages, attorney’s fees, and other injuries. It also demands a jury trial.

The lawsuit was filed in mid-December by Robertson & Associates, LLP of Westlake Village. The firm has filed three other claims against SCE and a representative said they expect to file another suit on Friday or Monday.

The three other suits already filed allege negligence by SCE, claiming an SCE transformer on Koenigstein Drive in Santa Paula exploded about a half hour after the Thomas Fire was sparked, and the resulting fire damaged or destroyed the plaintiffs’ properties.

KSBY has reached out to Southern California Edison, the City of Ventura, and the Casitas Municipal Water District for comment.

As of Friday, Jan. 5, the Thomas Fire remains 92 percent contained.

To read the original article about the Thomas Fire lawsuit, please click here to go to ksby.com