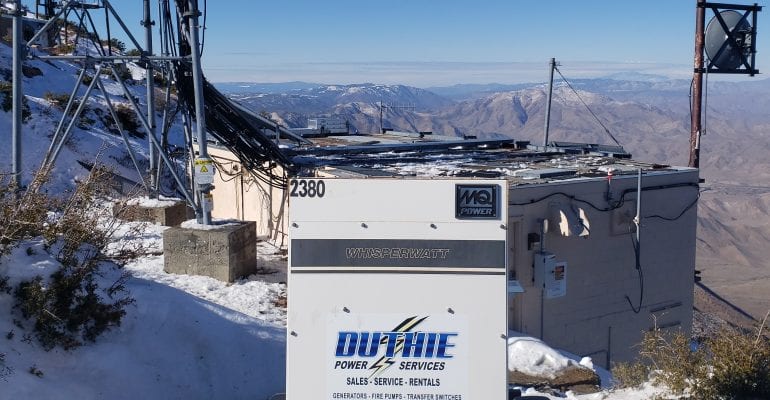 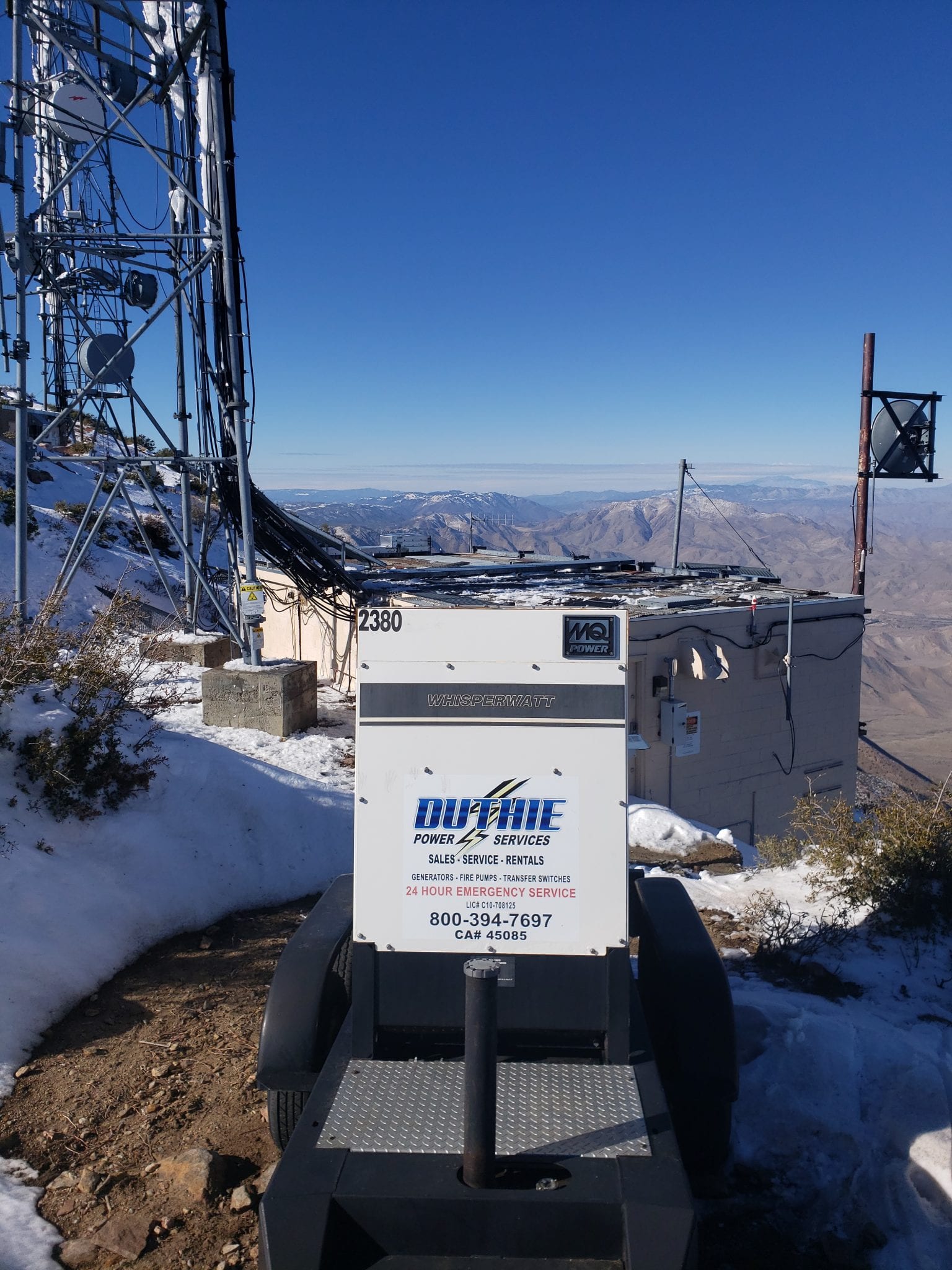 On top of a high-rise, in the middle of a cliff, on a mountaintop so remote that you need 4-wheel drive to reach it – in his 38 years at Duthie, Sales Engineer Mike Goodman’s seen Duthie technicians install and service generators in almost any imaginable location.

“Honestly, we have no limitations on our ability to service generators,” he says. “And as for installing them – we can do it almost anywhere.”

And he really does mean anywhere.

Even on land, Duthie technicians have found…interesting locations for generators. Some of this is due to the Los Angeles and San Diego areas’ building development booms. Since generators are mandated for buildings of a certain size, usually Duthie installs the generator into a location dug in the planning stage. But sometimes, the finished building exceeds the height limit for a single generator and so needs another one to stay within building and fire safety codes.

“In such cases, the location for the generator is often an afterthought – it’s squeezed in outside the building, on top of it, or in some other unusual place,” says Mike. “And we’re the ones who need to install and/or service it. So we do! We’ve always been able to figure it out.”

Above and Below Ground – at the Same Time

High-rise buildings aren’t the only challenging places for generators.

“One of our Orange County customers is building a mansion,” shares Mike.

And he wants a generator for it.”

So the Duthie team is currently working to install the generator below ground level of his house, which goes down into the bluff.

That means his generator will be underground…above the ground. The installation team will disassemble his generator piece by piece, transport it down the stairwell with the help of cranes, reassemble it, and, after all that, finally be approved for factory startup!

The cliffside installation won’t be the only time Duthie installers use cranes.

“During the planning for one installation, we found out that the measurements of the customer’s new generator and fuel tank package were just one single inch larger than the hole that it needed to go through to get on the roof,” says Mike.

To fit the generator and fuel base tank package through such a tiny gap, Duthie installers disassembled the old generator and even cut parts of it into pieces. They transported those pieces out with a crane over the course of a weekend.

Then they disassembled the new generator as well, from base fuel tank, and laid its components down to go through in two separate crane lifts. Only then did it finally fit inside the hold.

“Yes, it was a challenge, but we slung it, dropped it in, and made it work, with not even a scratch to the building,” says Mike. “It was worth it, because that customer was extremely impressed!”

On a Mountaintop Beyond the Reach of Cars

With such creative problem-solving, the Duthie team handles all sorts of installations – even places cars can’t go.

For example, in the middle of the desert, on a mountaintop, on a trailer pulled behind a tractor with 4-wheel drive.

“This was in the Palm Springs Area,” says Mike. “When the inspector came for final inspection and approval, he had to ride partway with us in a 4-wheel drive! (And yes, he validated everything.)”

Wherever you Go, the Generator Concierges Can Come

“In addition to installations, generator service is our bread and butter,” finishes Mike. “We call ourselves the ‘generator concierges’ because we get the building engineers whatever they ask to keep them satisfied. Because that’s who our main relationships are with: engineers. Once we’ve proved they can trust us with anything generator-related, they take us to the rest of their buildings too. And if they start a new job or a new building, they bring us along with them wherever they go.”

And yes…literally, wherever they go.

Interested in learning more about standby generators and generator services? Get in touch with our generator professionals to request a quote or just call us up at (866) 838-7962. We’d love to hear how we can help!