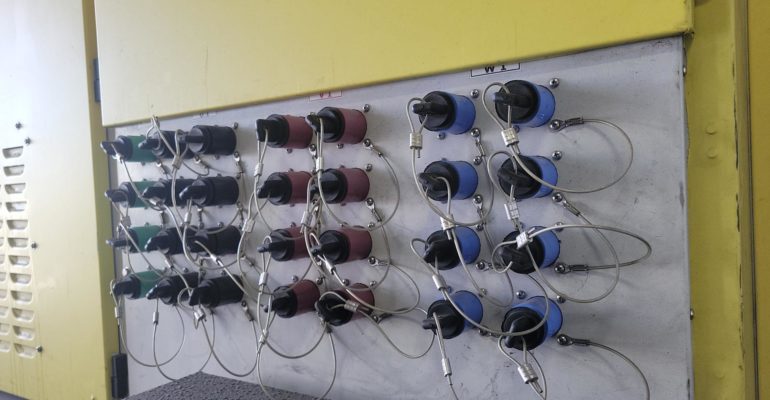 A load bank test is a vital exercise that validates the proper operation of a generator. What makes load bank testing so essential? Duthie Power Sales Engineer Mike Goodman previously outlined its importance in a Duthie Power video, but we asked Account Manager and former senior generator technician Chris Metz to add his expertise to this topic.

Why do you need to load bank (load test) your generator?

Typically, most generators are tested without load on it – this is equivalent to starting your automobile and never driving it on the road. You may find that your car will start, but when you need it to work (accelerating or climbing a step hill) it does not perform as desired. On generators, just like an automobile, there are different systems working together to achieve one objective.  Essentially, we are taking our generator out on a test drive to ensure it is going to work as designed when you need it most.

One of the primary benefits of load banking is to test your engine. The engine is going to create the horsepower and rotational force to spin the alternator attached to it, to create the power the load bank is demanding. The load bank applies loads in steps, from a low percentage of the rating of the generator all the way to one hundred percent. Doing this will test the engine and will determine if the engine is ready to perform in the event of an emergency.

Another benefit of load banking is to test your engine’s cooling system. Regardless of how well an engine is running or how powerful it is, without a correctly functioning cooling system the engine will not perform for long. Again, this is another system that many times will not show signs of failure when tested without load and this is because the engines cooling system demands are much lower with no load.

At Duthie Power Services, we know that you want to keep your generator in top working condition so it will run optimally when you need it most. If you have not scheduled a load bank recently, reach out to us at (562) 790-1772 or email service@duthiepower.com to schedule your load bank test.