Why Champion? 7 Reasons It’s All About You

Home / Why Champion? 7 Reasons It’s All About You

Why Champion? 7 Reasons It’s All About You 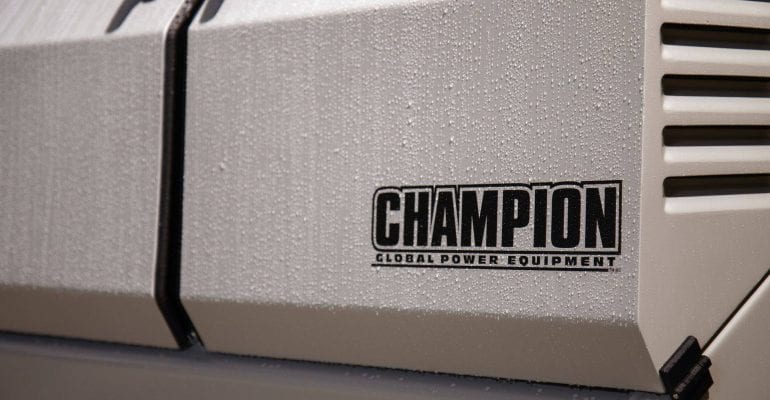 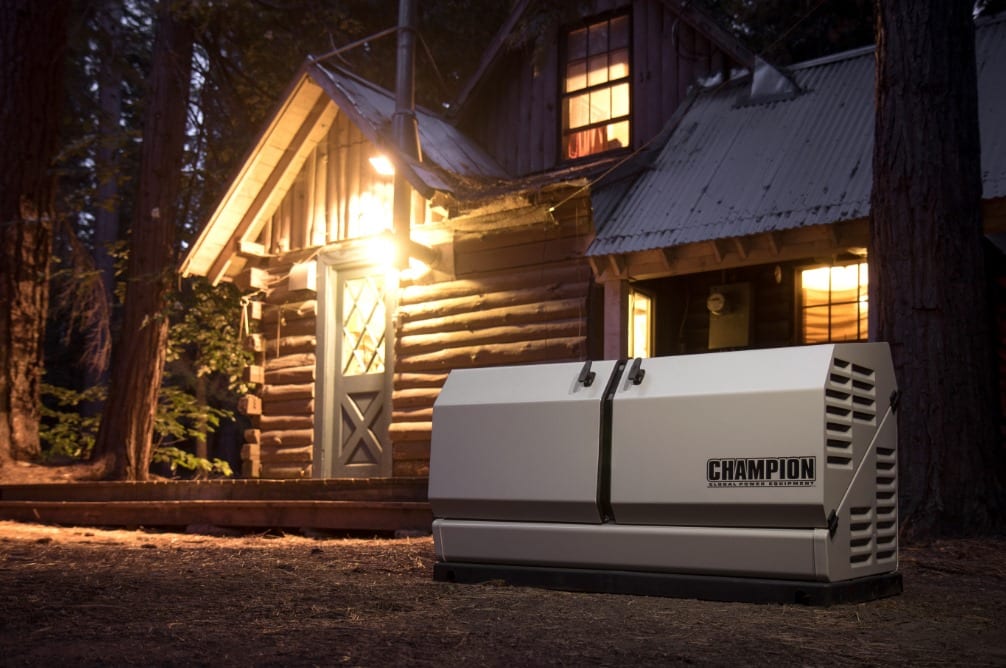 Now that we’re providing and installing Champion home generators for all home sizes, we often get asked, “Why Champion generators in particular? What makes them so unique?”

Erik and Shana Duthie asked the same two questions a year ago.

Since Duthie’s growth stems from 55 years of its customer-first philosophy, Erik and Shana knew to make that choice based on a third question:

Which brand of generator will best serve California homeowners?

One brand not only met all seven of these criteria — it surpassed them.

(We think you can guess which one).

Here’s how we discovered that Champion home generators are an excellent choice for most Californian homeowners:

As California’s weather becomes more extreme, its electric infrastructure is aging. This combination has created not only a record number of blackouts, but also an increase in blackout lengths.

In such unpredictable circumstances, Californian families need the most reliable home generators possible.

A. Longest Warranty in Generator Industry

While other brands sell “extended warranties” at extra cost, Champion believes that customer peace of mind should be included with every purchase, not sold as an “accessory”.
(Home Standby Generators: New 10 Year Warranty & 13% Price Drop)

Champion home generators come with an all-weather steel cabinet that protects the machinery from even the fiercest storms.

But the real reliability lies in Champion generators’ 24-volt starting systems — the most powerful in their class. These generators start and run like clockwork in temperatures from -22° F to 104° F. You don’t even need a warming kit.

Champion generators also self-test themselves for 5 minutes once a week, letting you know if there are any possible issues. (Unlikely, but just in case!)

Gas (and/or propane) guzzlers have no place in Californian homes. Champion does.

The 14kW model (the largest Duthie carries) was rated the most fuel-efficient standby generator by the experienced generator professionals over at Best Generator Reports. At 100% load, this generator consumes only 2.6 gallons/hr at 100% load — and only 1.6 gallons at 50% load.

Its smaller 8.5kW and 11.5kW counterparts (both of which Duthie also carries) have similarly impressive mileage.

Many backup generators only shed high voltage loads until you turn off enough appliances to make that amount of power available.

In contrast, Champion’s Intelligent Demand Control technology allows you to use appliances more easily even when you’re starting up a power-heavy item such as a central air conditioner.

When you do so, the Demand Control system automatically pulls enough electricity from low-demand zones to power up the large appliance. Once the appliance has been powered up, its electricity demand returns to normal (often three times lower than its startup need) and the power automatically flows back to its former use. The whole process takes just a few seconds, and gives you no trouble at all.

Neither you or your neighbors want to be interrupted by the buzzing roar of a loud generator.

So while some generators growl at 73 dB (a freeway at 10 a.m.), Champion home generators purr at 59-63 dB (normal office conversation.) They’re among the quietest generators in the market, so both your neighbors and your family will thank you.

5. Safe for People — and Computers!

The dangers of portable generators are well known: possible carbon monoxide poisoning, the need to keep flammable fuel on your property, and the extra risks taken in setting it up every time. Standby generators greatly lower such risks through automatic on-and-off switches and permanent outdoor locations.

What’s less well known is that many portable generators, and several standby ones, endanger sensitive electronics such as smartphones, computers, tablets, and TVs. If you plug such devices into a portable or low-quality standby generator for more than an hour or so, harmonic distortion in the generator’s power flow will begin to permanently damage the sensitive device’s own electronic systems.

Since it’s never recommended to use portable generators to power screen devices, they can limit from-home communications during a blackout.

Fortunately, Champion home generators have been designed to deliver safe and smooth power with less than 5% total harmonic distortion. This low percentage lets you and your family charge your laptops, smartphones, and even flatscreen TVs without any worries.

Finally, Erik and Shana knew to heed the reviews given by two groups: the most knowledgeable generator experts in the industry, and (of course!) the users themselves.

This generator from Champion Power Equipment has a lot to offer in terms of power, usability, and reliability. The unit also has a relatively reasonable price tag.

The 14kW generator doesn’t have all the glory. The premier online source for property management knowledge and advice, iProperty Management concluded about its smaller 8.5kW cousin:

What’s in a name? Well, for the Champion 8.5-kW, the answer is clear…Simply put, there are few other backup generator options that provide reliability and performance as this model.
Best Whole House Generator, iProperty Management

We made the deal a bit sweeter for Duthie customers too.

If you both purchase and install a Champion home generator through us, you’ll save $200 on installation.

But we didn’t just look for the cheapest generator brand. We wanted the best value for our customers.

That meant not only an affordable price tag, but — even more important — stellar quality and reliability.

If you would like more information on Champion generators and the line that we carry, you can call us at 1-(800) 899-3931 or email us at homegeneratorsales@duthiepower.com