Power Packs at the Port

Home / Power Packs at the Port

Power Packs at the Port 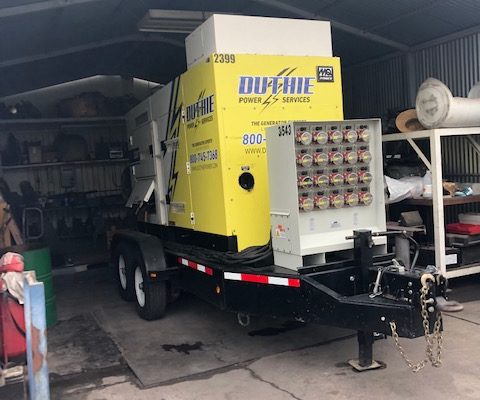 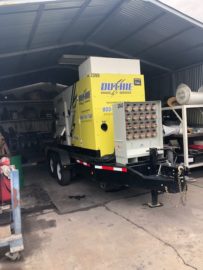 Long Beach is connected to two major West Coast ports: The Port of Long Beach and the Port of Los Angeles. These global shipping hubs are major operations with whom Duthie Power has contracted for everything from motor rewinding to EPSS emergency power maintenance and repair. Our parallel histories with the ports reflect the evolution of shipping’s technology alongside Duthie Power’s growth as Southern California’s “Generator Experts.”

In 1965, the Port of Long Beach was already 54 years old when Duthie Power Services opened for business. It was an era of massive construction projects for the Port, as Piers J and F were completed, along with the world’s largest landfill expansion at the time, plus the completion of Long Beach’s distinctive oil islands. How did Duthie Power serve the Port? In the beginning, our technicians were used for motor rewinding.

Large electric motors run doorways and more on ships, but these get a lot of use and can fail from the copper windings wearing out or getting out of balance. Motor rewinding is a cost-effective way to restore these motors to optimal efficiency. Over time, the Duthie Power team specialized more in emergency power generator packs, but we have continued to offer motor rewinding through longstanding relationships with subcontractors who specialize in this type of work.

Duthie Power’s relationship with the Ports of Long Beach and Los Angeles further evolved as our expert technicians were contracted for the onboard repair of ship generators. Just like commercial generators for buildings, marine generators can have basic engine issues that require swapping out injectors or a fuel injection pump, replacing air and oil filters, checking oil levels in the sump, and more. Most ships these days have a dedicated team of engineers who manage maintenance and repair of all things mechanical onboard a ship.

Then, once in a lifetime, something like a pandemic occurs which upends the entire system at the Port. A system that historically fluctuated due to global supply and demand patterns was hit with a whole new set of obstacles for managing the supply chain, including the delicate balance of power needs for ships and the containers they carry. Enter the solution called a “power pack.” A power pack is a trailer mounted generator with up to a hundred plugs on it that deliver power to multiple containers at once.

Also called a “gang box,” with “gang” referring to the plug itself, a power pack can come with 10-gang or 20-gang plugs so they can plug multiple containers to it. “Ships don’t always need a rental generator; we’ve also rented just the gang box that hook up to their power source. We set up all the connections on the gang box so they can plug in refrigerated containers to it and pull power from the generator for as long as the containers are waiting at port,” explains Kevin Gates, Duthie Power Sales Engineer.

While the pandemic has exacerbated power management at the port, there has historically been an influx of produce from South America delivered in mid-summer that also require power packs. Pete Thornton, another Duthie Power Sales Engineer, elaborates, “the pandemic isn’t the only time we’ve supplied power generator packs to the port. At one point, we had a large number of containers with produce from South America that required a dozen generators with power packs to keep the refrigerated units on land going.”

Keeping the Port of Long Beach Powered Up

From motor rewinding to engine repair and power packs, the team at Duthie Power Services has been honored to serve the Ports of Long Beach and Los Angeles over the past 57 years. Duthie’s large fleet of rental generators are still a valuable resource for customers at the port, but our expert technicians are also fully capable of servicing generators onboard while ships are stuck at the port. In the rare case, if a ship has a major failure, we’ve even craned one of our rental generators on to a ship. As the pandemic wanes, innovations for port power management will abound as a result of this unique time in history, and Duthie Power’s relationship with the port will continue to evolve.